There are a number of different definitions of middleware. Most commonly, middleware is defined as a software that enables communication and management of data in distributed Applications. It can also be described as the software layer that lies between the operating system and applications on each side of a distributed computing system in a network, i.e. enterprise application integration, data integration, message-oriented middleware (MOM), object request brokers (ORBs), and enterprise service bus (ESB). Database access services such as transaction processing monitors, ODBC, and JDBC are often considered middleware as well.

How to model middleware in LeanIX

Please refer to the section Application vs. IT component if you do not have a clear understanding of the differences between both since this essential for the following guidelines how middleware can be modeled.

1) Modeling middleware as an Application: 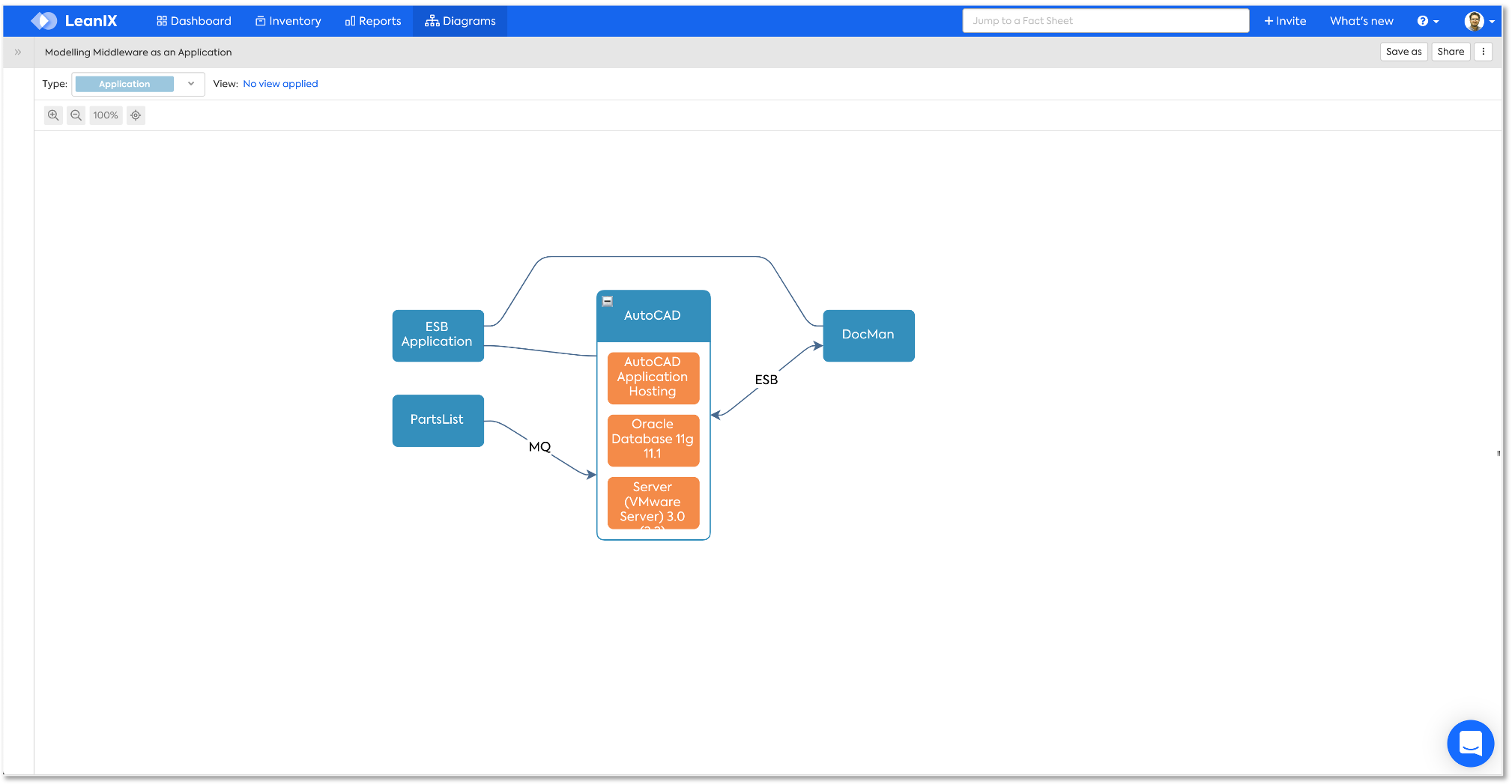 2) Modelling middleware as an IT Component 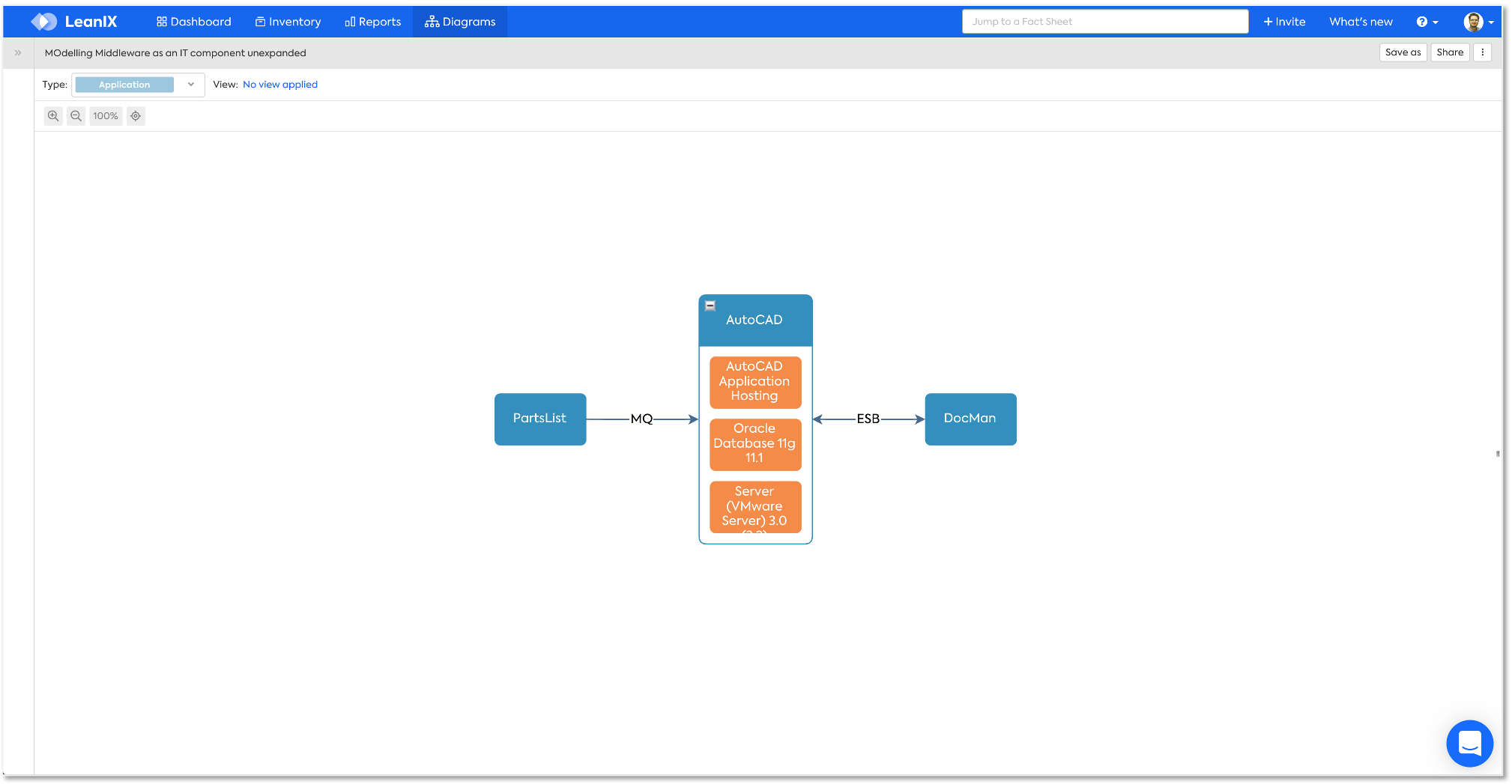 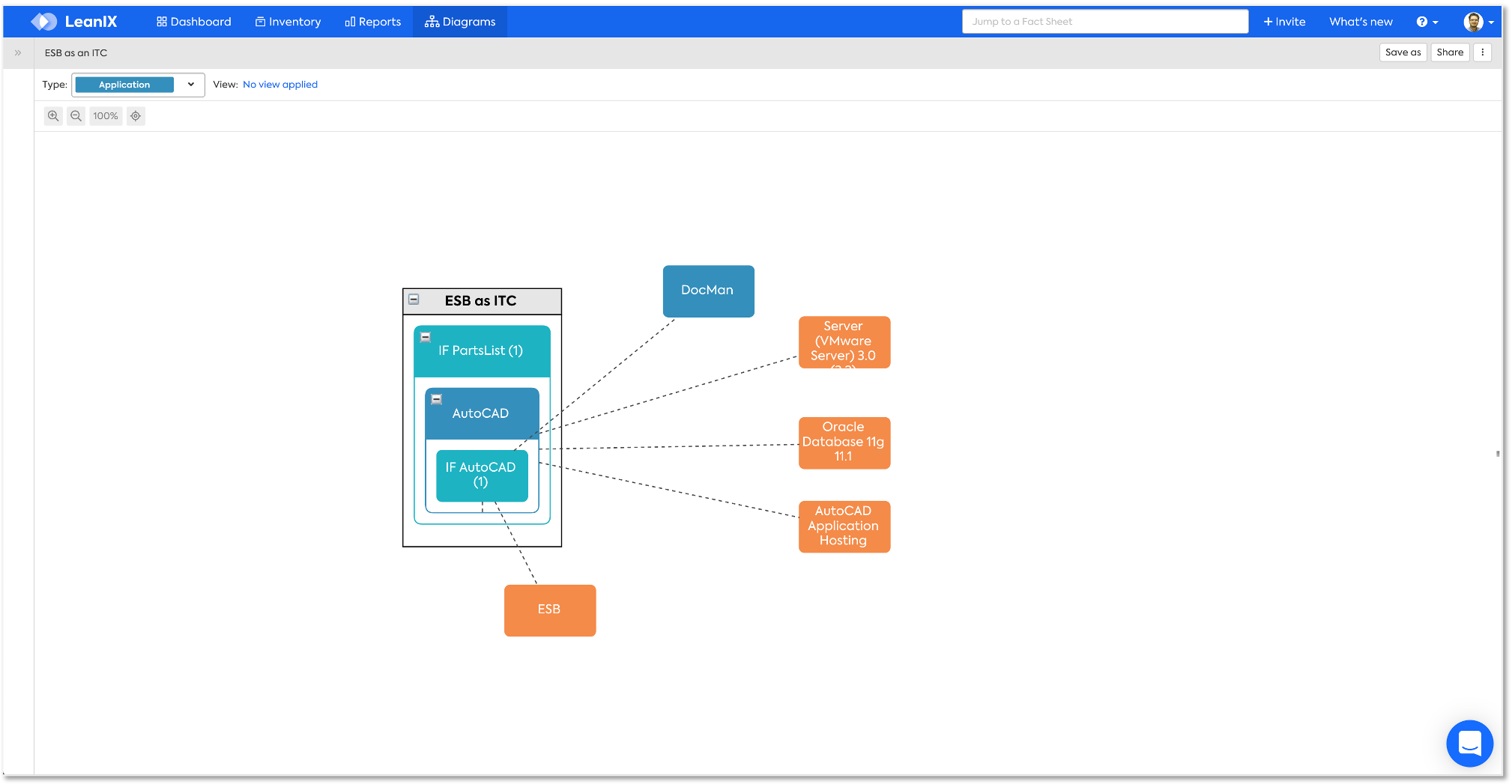 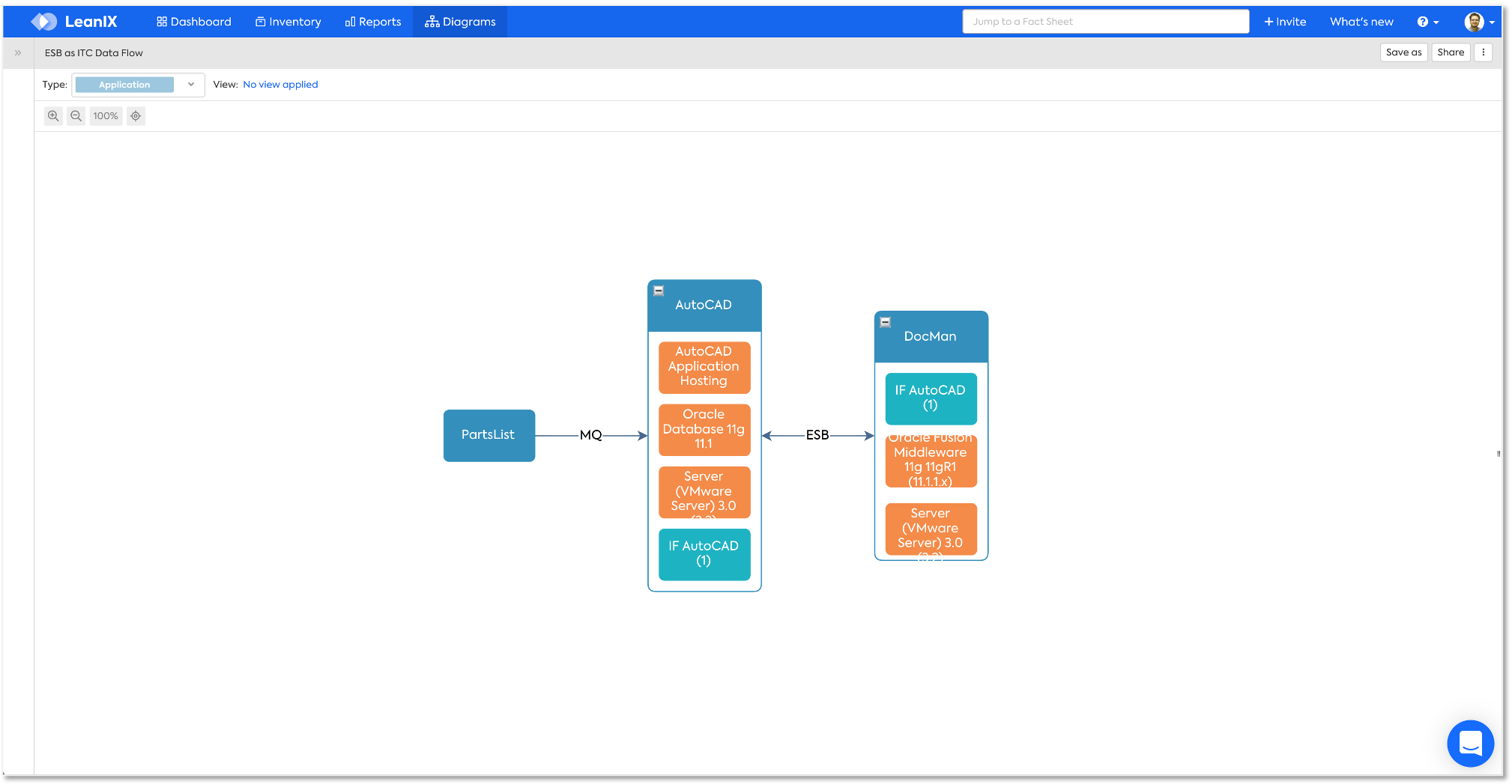 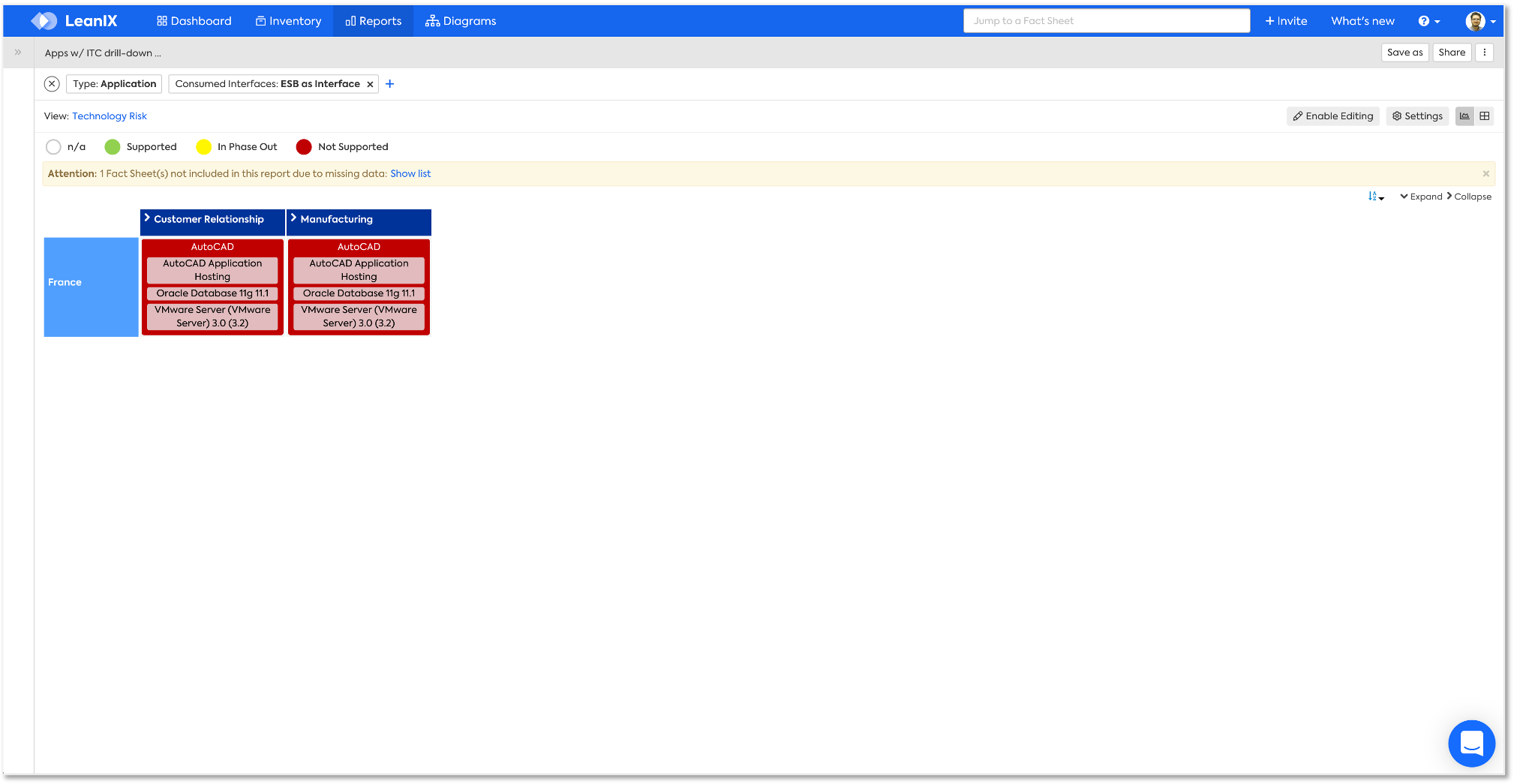 Application programming interfaces (APIs) are software intermediaries that allow two applications to talk to each other. They let your product or service communicate with other products and services without having to know how they’re implemented.

How to model APIs in LeanIX 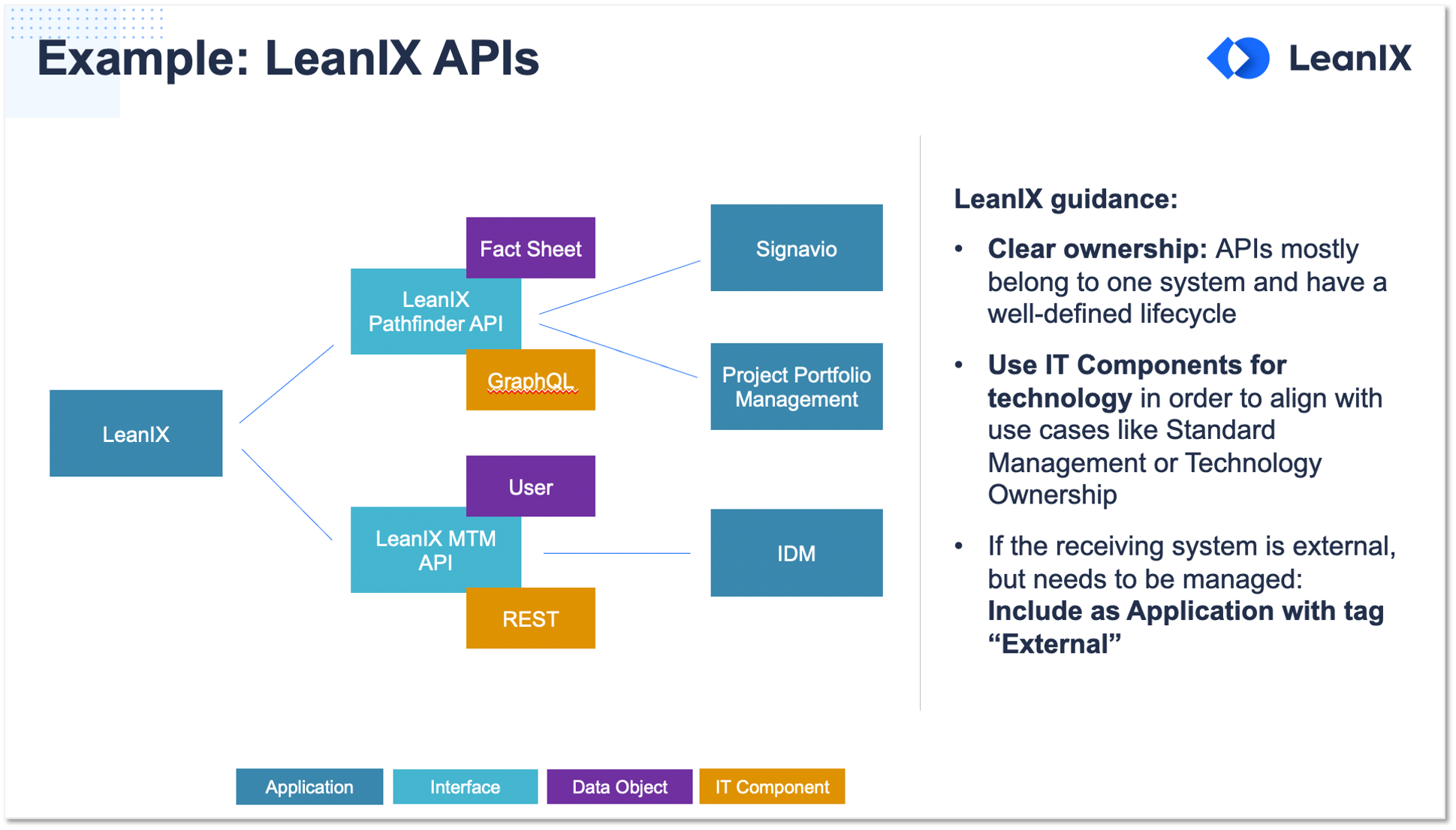 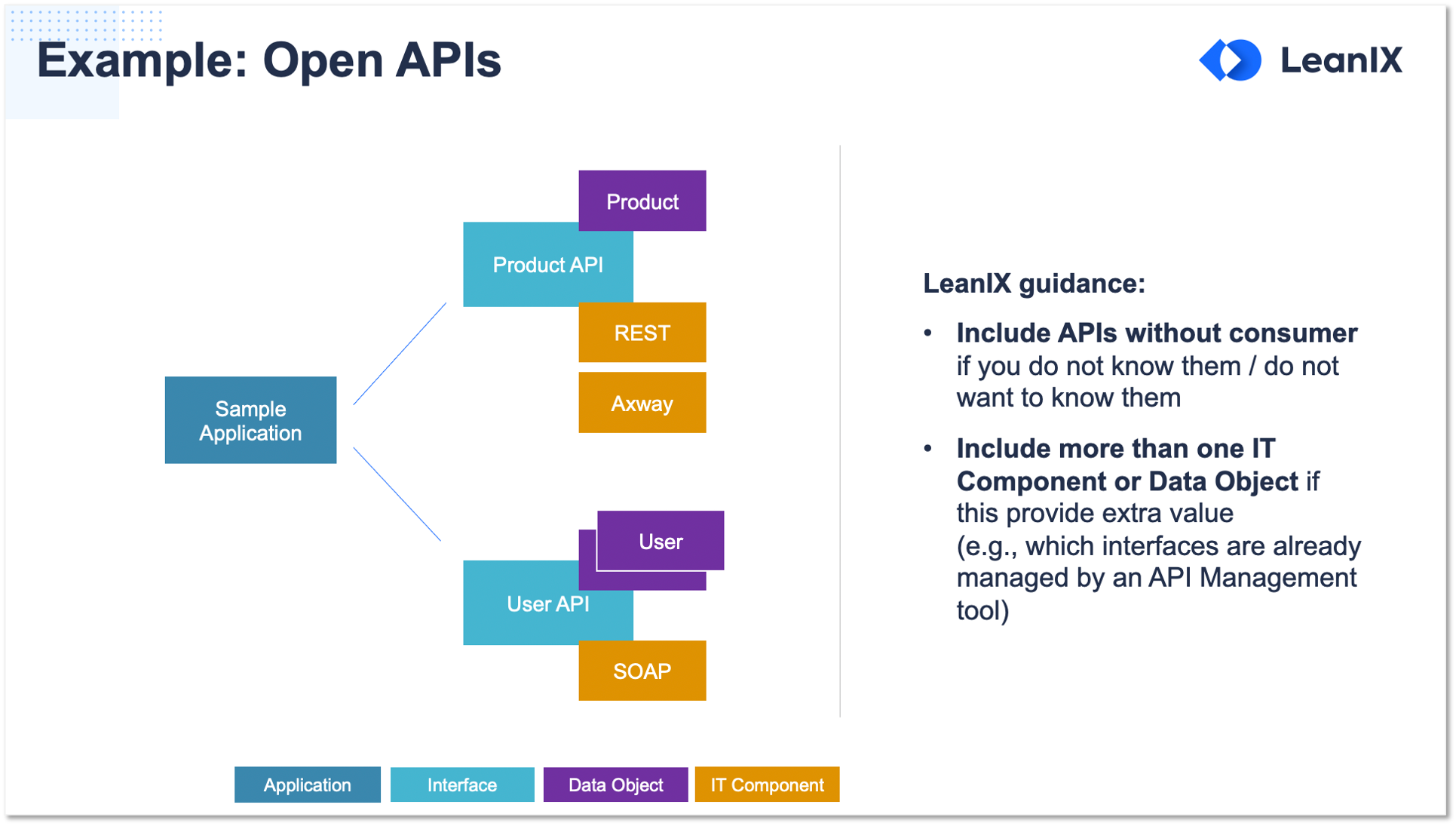 If more detailed and intensive API modeling is needed, make sure to contact your CSM for further discussion
(e.g., modeling of APIs as endpoints with IT Components)